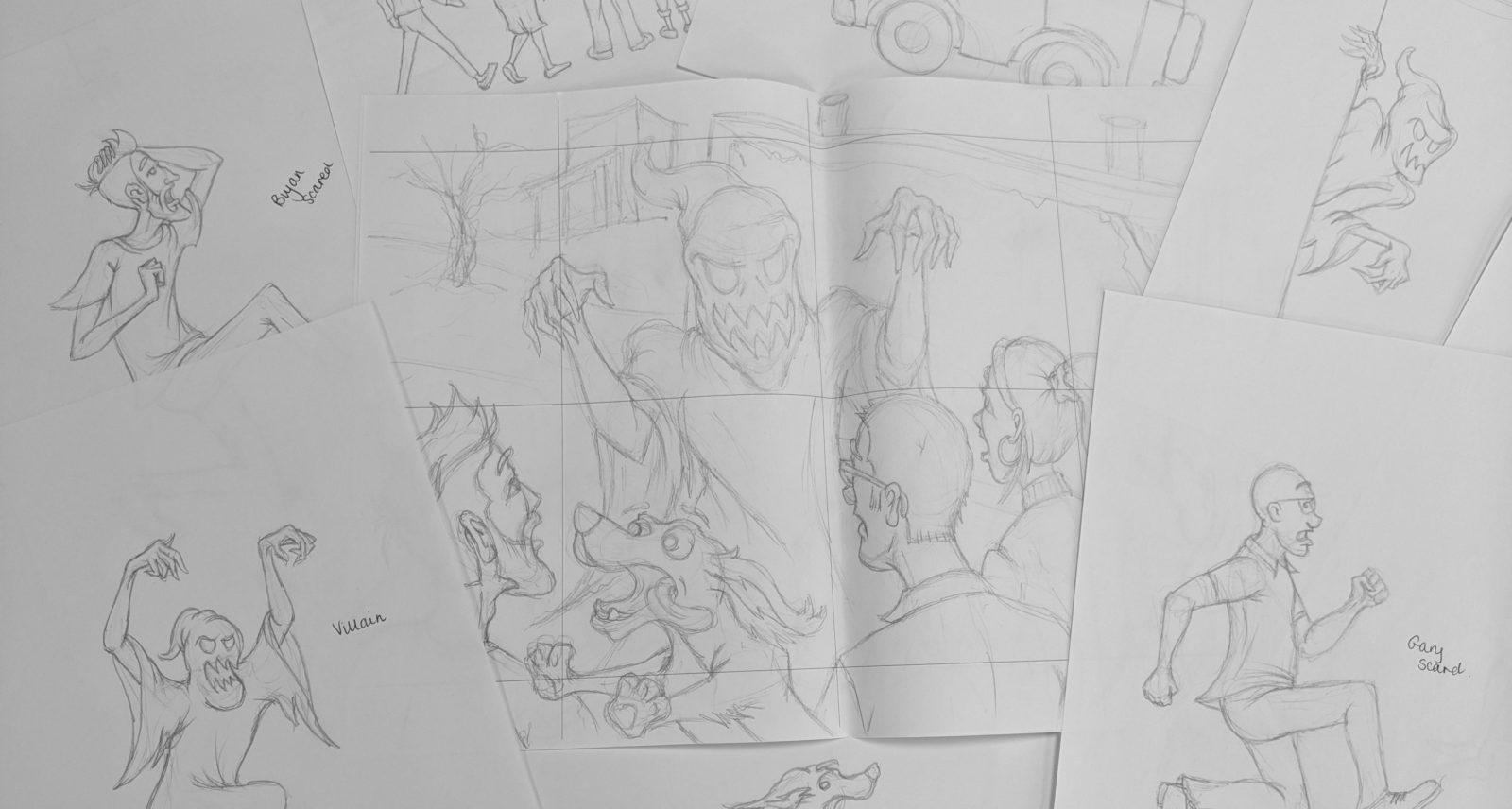 Here at Frost, we know just how important it is to craft brand campaigns that grab attention whilst also getting your message across. It’s also sometimes good fun to work collaboratively and create something we all have fun working on, and that’s what we did for Halloween this year!

It all started with a simple idea – let’s create some Halloween collateral which will stand out from the crowd. Lots of different avenues were explored in our initial team meeting; cauldrons, horror films, magic and more. However, the idea which really got us all excited was Scooby Doo. A childhood classic for many of us, the original cartoon started in 1969 and has been going on and off ever since. A gang of kids solving supernatural mysteries, it had the little bit of Halloween spookiness we were looking for but wrapped up in a fun, animated package.

After we had settled on our concept, it was time to think of some ideas of how to apply it. We knew we wanted to send out an email to our client database with some spooky imagery and helpful articles, but we also wanted to create some social media buzz, particularly on our Instagram and LinkedIn. This led us to crafting a story following Scooby Doo’s usual formulaic approach but twisting it to be focussed on branding rather than super villains. Not only did this allow us to create a fully illustrated comic-style story, displaying some of our capabilities which clients may not necessarily know we have, but also pull out elements of this to use on our other channels.

Then it gets down to the fun bit: actually working up our idea! Headed up by our talented design team, illustrations were first drawn in pencil before being scanned in and digitised along with a spooky new Frost logo being created. On top of this, backgrounds were illustrated emulating the painted style of the original Scooby Doo animations, social media posts were put together and an email template was built. All taking inspiration from the same funky 60s style, we hope our Halloween posts stood out from the usual spooky fodder at this time of year and, although created for the pure joy of it, also got across our strong branding message in a fun and engaging way.

The outcome? A wonderful way for the team to get together and collaborate on something outside the box, but also allowing us to show off what we can do, both figuratively and literally. And we can help your business do the same! Whether you’d like to craft a festive campaign for the upcoming end of year celebrations or are thinking into the New Year already, the Frost team can help create something which will strategically grab your audience’s attention and create an impact where you need it most.